What is the Fat Injection Biofat method?

Fat Injection Biofat is the most recent methods of transfering fat from the groin and abdomen and sides of the face, hips, chest, labia and etc. where there is no bruise and no pain.
The Fat Injection Biofat allows us to have more accurate fat injection, which is why this method is used to treat the dark under eye circles.

Fat extraction is performed at our specialized clinic using new devices. It is also possible to use fats for all the people.
The injection of fat is possible for both the ladies and the gentlemen.
There is no age limit in fat injection. It can also be used for young people to form facial shapes and at a higher age to rejuvenate can be done. Fat suctioning can also be done for the elderly, because it is taken from a person’s body and the injection is done by Biofat method, also soft fat is used there is no complication. So it is the best treatment to remove dark under eye circles.

The treatment of the laughing line, using the injection of fat at the Saadat Abad clinic, can be done using the new method of Biofat. The Fat injection Biofat for temple filling can also be used. Fat injection can also be used to filling the face.
To do this in our clinic, anesthesia is not required and can only be done under local anesthesia. The long lasting of this method is one of the advantages of the Biofat method, which is performed by our specialist doctor in Saadat Abad Clinic.

Nowadays, a young and clear skin is every person’s needs because it has an impact on people’s beauty and self-confidence.
Unfortunately, not all people have the chance to have a smooth skin and in the other hand, several factors such as stress, lack of sleep, inadequate nutrition, unsuccessful surgeries and … have much influence on skin destruction.
Nowadays, with regard to the progress of science and updating new methods, there are also advanced methods to solve these problems.
One of the most up-to-date and common methods to eliminate skin defects is fat injection Biofat method.

As you can see, there are many benefits to doing this that other methods such as gels do not have.
Now that you are familiar with the benefits of this method, you may be wondering how it is done.
In this method, fat is first extracted from some areas of the patient’s body, such as the abdomen, hips, buttocks, and then injected into recommended areas such as the face, which includes: cheeks, lips, temples, under the eyes, chest and buttocks, and… .

What we need to know about the fat injection:

The point you need to know is that in this method, fat is removed in the required amount, not too much or less than needed.

What is the advantage of fat injection Biofat over Gel?

In Biofat fat injection, since the fat is taken from the body, there is a less possibility of allergies and skin problems than the gel. It should also be added that it is lasting more than the gel and has a greater effect.
Another point is that fat injection Biofat is more natural than other methods.

What is the meaning of the stated sentence?

It is clear that when the fat is taken from one’s own body, the results will be normal after that, and is away from the artificial form which is created by methods such as prosthesis.

Therefore, it can be concluded that, this method is difficult in terms of current conditions that are difficult to access to gels and fillers, it would suit you best and is more appropriate in terms of price and has more economic justification in terms of access.
Whay fat injection Biofat method is so popular

One of the reasons for using this method is that its processing processes will be carried out in a complex manner, which will make the cells last longer after surgery.

You may be wondering how this longevity increases?
* In answer to this question, it should be said that in the Biofat method in the processing stage with the stem cell technique and the use of fat cells in nano size, the retention of the fat injection operation can be increased many times over other methods.
Another reason for the popularity and widespread use of this method is that biofuels increase the survival of lipocytes and lipoblasts.
The next thing that can be mentioned is that the bioft method stimulates angiogenesis and this stimulation causes the surrounding cells to survive.
The point that needs to be mentioned is that the Biofat method uses the most advanced technology for fat injection. Therefore, its effect is higher than the other methods and ultimately requires less iteration and repair.
Another issue that distinguishes biofuels from other methods is that platelet alpha granules deliver their growth factors to the outer space of adipose tissue and attach to their specific receptors in this outer medium. With this connection, an interaction is formed between both of them, and eventually they do their best in the best possible form. 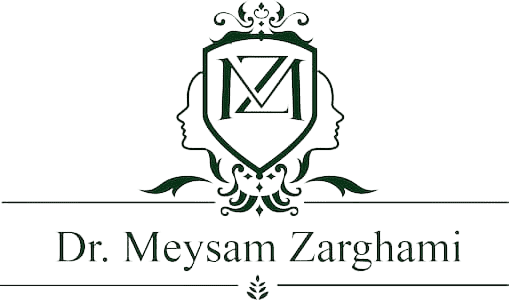